It looks like it is pretty easy to fit it over the head without removing anything to do so - so I did.

Then I noticed that it wasn't seating well.  On further inspection I discovered there was a lot of melted filament (technically known as "gunge") stuck to the face of the heating block.  I turned the heat back on, and tried to wipe it off without burning my fingers.  I found that some slightly abrasive lens wipes were the most effective.  They are impregnated with alcohol which might have helped - I hope that's not a bad thing.

FItted the boot and re-ran the TreeFrog - the one that failed with "Thermal Runaway" last time I ran it.  This time I used absolutely bog-standard parameters supplied by Prusa for Generic PLA.

After each print quite a bit of gunge builds up around the sock hole and interferes with the next print.  Seems important to clean the sock off every 2/3 prints.

Tourbillon Project I was interested to push the limits of 3D printing... basically for the hell of it, and to distract me from being indoors... 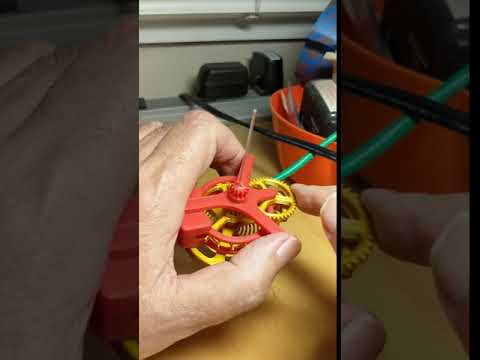